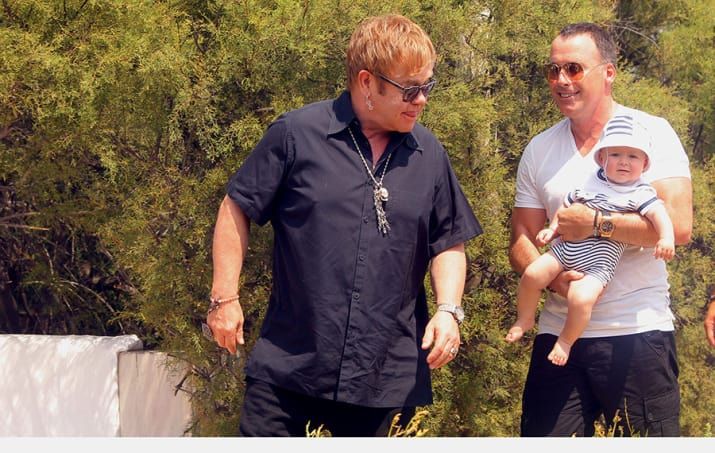 Elton John has always been an advocate for gay equality (and rumors followed), but he didn't come out as bisexual until 1976, and then, in 1988, he came out as gay. John and David Furnish entered into a civil partnership in 2005 (gay marriage is not yet legal in the UK), and they have a son together via a surrogate mother.