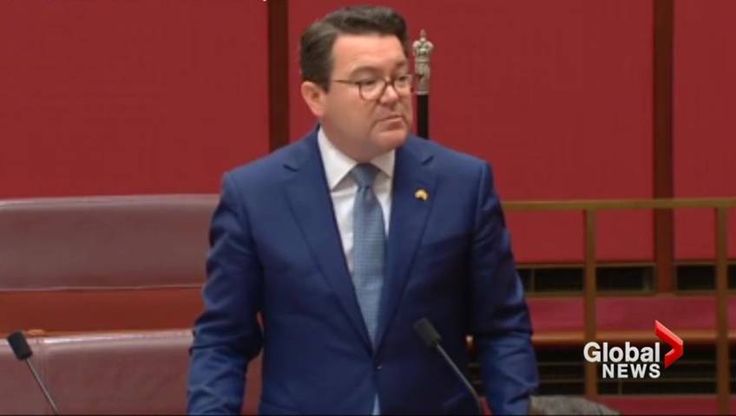 Gay Australian MP delivers emotional speech as he introduces same-sex marriage bill tmbw.news/… A gay lawmaker on Thursday started the Australian Parliament’s debate on legal recognition for same-sex marriage with an emotional speech in which he warned against winding back LGBTQ rights.Dean Smith, a senator with the ruling conservative Liberal Party, has introduced a bill that would limit who could legally refuse to take part in same-sex marriage to churches, religious ministers and a new class of religious celebrants.But many same-sex marriage opponents want amendments to broaden the range of businesses and individuals who can legally refuse to provide services such as cakes, flowers or a venue to same-sex couples and new free-speech protections for those who denounce gay marriage. Discrimination on the basis of sexual orientation is illegal in Australia outside religious institutions.READ MORE: Australia votes ‘yes’ to gay marriage“Let me be clear: Amendments that seek to address other issues, or which seek to deny gay and lesbian Australians the full rights,…Read more on TmBW.News

Gay marriage was officially legalized in Britain on Wednesday, after Queen Eliza…