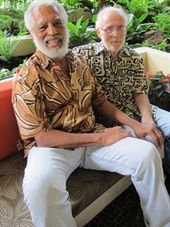 Gay weddings become reality in Hawaii with new law – 12/03/13: HONOLULU, Hawaii – Same-sex marriages began in the state of Hawaii on Monday… An estimate from a University of Hawaii researcher says the state will get a $217 million tourism boost over the next three years as a result of gay marriage. Sixteen states and Washington, D.C., have now legalized same-sex marriage…