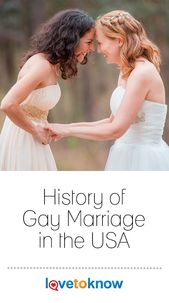 The history of gay marriage in the United States involves many battles fought and won over decades. After dozens of lower court rulings on the topic, the United States Supreme Court ruled on June 26, 2015 that all states must allow marriage between same sex individuals. Since that day, gay marriage has been legal across the country. #marriageequality #family

Hungary LGBT: Content aimed at children to be banned