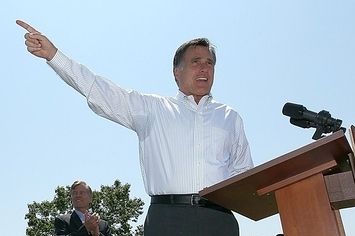 In 2003, Massachusetts became the first state to legalize gay marriage, just ten months into the first year of Mitt Romney’s term as Governor. The Massachusetts Supreme court ruled that preventing marriage between same-sex couples was discrimination and that they had the right to marry under the law. Romney found himself thrust into a debate centering on legal rights and family values.Romney campaigned against gay marriage in 2002.