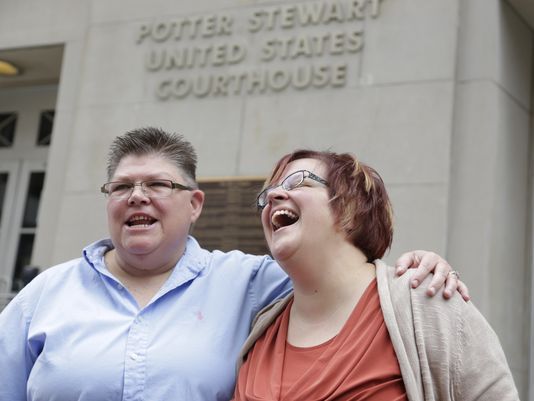 MI Gay Couple Starts Gofundme Account To Raise $10K For Gay Marriage Legal Fund After Success Of Memories Pizza…“Pizza Lovers for Marriage Equality” is the name of the gofundme.com campaign, launched in the hopes of raising $10,000 toward helping to defray the costs of the case brought by April DeBoer and Jayne Rowse against the state’s 2004 same-sex marriage ban. “If a(n) anti gay marriage pizzeria in Indiana can make almost a million dollars … trying to fool us into thinking the majority of US citizens are against gay marriage let’s show the country that the majority of this country DOES support Marriage Equality,” the website says. As of this morning, it had raised slightly more than $3,000 toward its goal. It’s better than targeting a Christian business owner to sue.