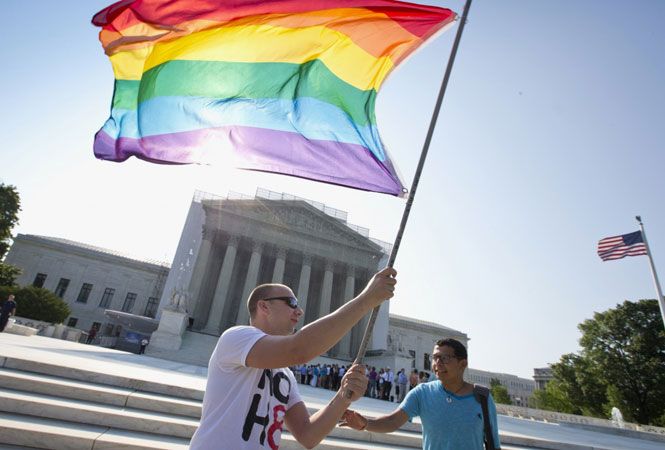 The Supreme Court has quietly engineered a dramatic increase in the number of states that allow gay and lesbian couples to wed. That increase also has raised the chances the justices soon will settle the legal debate. The justices are meeting in private on Friday to consider adding new cases to their late April argument session, and a decision could be announced soon.

‘Trans equality is the civil rights issue of our time’