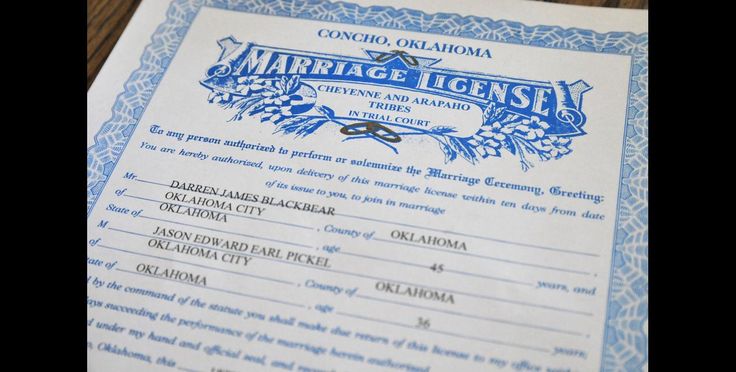 This Oct. 24, 2013 photo shows the marriage license issued to Darren Black Bear and Jason Pickel, by the Cheyenne and Arapaho Tribes, at Jason's home in Oklahoma City. Despite Oklahoma s ban on same-sex marriage, the couple will be legally married in the state thanks to Black Bear, who is a member of the Oklahoma-based Cheyenne Arapaho Tribes. It s among the few Native American tribes in the U.S. that allow same-sex marriage. Photo Credit: AP

Trump’s latest move is endangering LGBTQ activists around the world