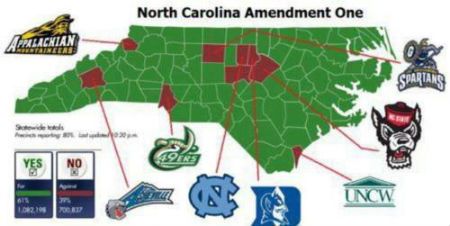 Though this image might seem like some kind of coincidental cheap shot—"Only uneducated people don't support gay marriage!"—real studies gird its point. The Pew Research Center found in 2010 that support for gay marriage is directly proportional to educational achievement (it's also correlated with age, so it makes sense that students voted no). While the majority of college graduates believe gay marriage should be legal, only 46 percent of people with some college experience agreed…..

‘Ramy’ and the New American Muslims of TV

US Department of Education office rules against trans student athletes