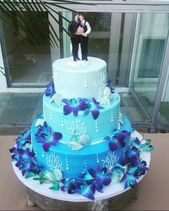 Today we are celebrating Larry & Geoff’s 3 year anniversary…and the anniversary of the first time we worked at @malibuseaviewestate!!! . When these two lovebirds finally said “I do”, they had already been together for over 30 years but could never legally get married until gay marriage was finally legalized in California. As soon as that happened… it was off to the altar. . The most amazing part about their wedding day was the fact that both of their 90-something year old mothers were alive and able to share such a special day with thei

Seattle's First day of Marriage Equality | made me cry…