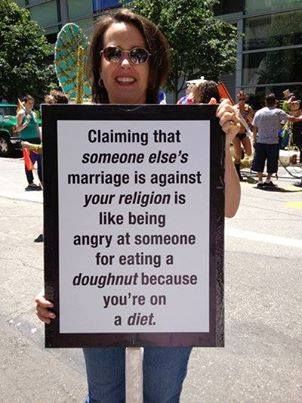 Why is there a problem with love. The definition of marriage is when two people love each other and want to make a commitment with each other. There are laws against gay marriage. When we formed our country there was an agreement that, unlike England, we would separate religion from state. Our laws are against gay people and are prejudice towards them because of a religion. A religion that we said we would separate from state. Then we still have laws for the ideas of a religion. Our world.

For college coach, a canceled season means ‘loss of identity’

Carole Baskin says she definitely won’t be in new episode