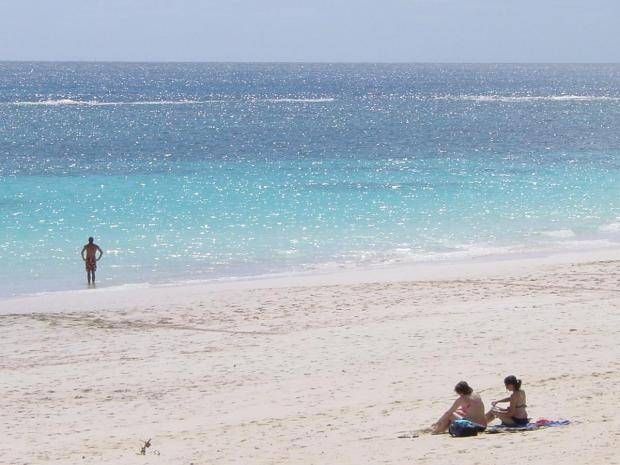 Bermuda same-sex marriage repeal means some cruise ships can't host gay weddings Gay travel specialists have described Bermudas repeal of same-sex marriage as disastrous and warned that the countrys economy will be damaged as a result of the ban. A Supreme Court ruling last year authorised gay marriage in Bermuda which also applies to cruise ships registered there. But on Wednesday the governor of the Atlantic archipelago John Rankin approved a bill on Wednesday that reverses it. Because P&O Cruises and Cunard ships are registered in Bermuda captains will no longer be able to conduct on-board services in any part of the world. A spokesperson for the cruise lines parent Carnival UK said: Although we are awaiting further information from Bermuda it is unfortunately likely to be the case that Bermudian law will not permit a same-sex wedding ceremony on board our ships in the future. We are very unhappy about this decision and we do not underestimate the disappointment this will cause those guests who have planned their weddings. Darren Burn founder and managing director of the upmarket gay travel specialist Out Of Office said: Its disastrous a backward step. Theyre taking a lot of money from cruise lines. He called on P&O Cruises and Cunard to consider re-registering their ships in a more gay-friendly location: It would send a very powerful message that equality cannot be repealed. They need to take this seriously. There are plenty of other cruise ships out there that do allow same-sex weddings. The Carnival UK spokesperson said: We would still love to welcome couples on board though as planned. Whilst we are unable to hold the legal ceremony we can still offer a Commitment Ceremony to celebrate their partnership or a renewal of vows ceremony both of which will be officiated by the captain or a senior officer. Mr Burn said Bermuda itself would be economically damaged by the decision: Bermuda will have a backlash. They will lose business as a result of this. There are so many couples that want to get married abroad and countries like French Polynesia make them very welcome. He called on Bermuda to revisit the ban saying that heterosexual travellers will stay away in solidarity: There are a lot of straight people who believe in equality and make purchasing decisions based on this. The Independent has asked Bermudas representative in London for a response. Source:Independent