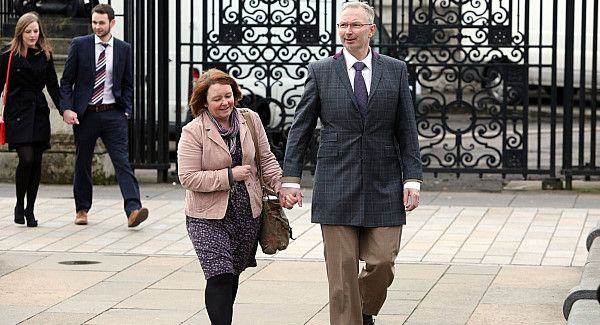 Christian-owned company found guilty of discrimination in gay cake case | Irish Examiner Giving her ruling at Belfast County Court today District Judge Isobel Brownlie said: “The defendants have unlawfully discriminated against the plaintiff on grounds of sexual discrimination. “This is direct discrimination for which there can be no justification.” Mr Lee, a member of the LGBT advocacy group Queer Space, had wanted a cake featuring Sesame Street puppets Bert and Ernie with the slogan Support Gay Marriage for a private function marking International Anti Homophobia Day. The high profile legal case, which divided public opinion in Belfast and beyond, was heard over three days in March. Judge Brownlie said she was satisfied the McArthur family had “genuine and deeply held religious beliefs” but said they must have been aware that Mr Lee was gay and were aware of the ongoing same sex marriage debate. The judge added: “They must have known or had the perception that the plaintiff was gay. “They must have known that the plaintiff supported gay marriage or associated with others who supported gay marriage.” He paid in full when he placed the order at Ashers’ Belfast branch but said he was left stunned two days later, when the company phoned to say it could not be processed.