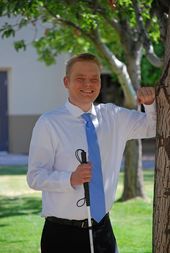 James Woods, the progressive, legally blind, condom-sending, proud atheist running for U.S. House from the 5th Congressional District of Arizona, has conceded the race.Republican Matt Salmon will retain his seat. Salmon opposes federal funding of abortions, gay marriage, and gay adoption (despite his own son being gay). He also voted against reauthorizing the Violence Against Women Act.Woods was the only openly atheist candidate in this year's Congressional elections.

The Most Adorable Gay Wedding Photos Of 2015…

You Ya-ting, left, and her partner Huang Mei-yu walk down the aisle in the praye…