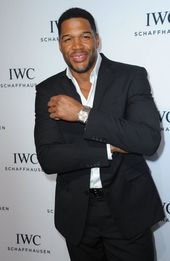 Photo By: Kristin Callahan/Everett Collection. Advocate Although homosexuality is still largely not discussed in the NFL, Strahan is an outspoken supporter of gay marriage rights. In 2011 he filmed a commercial advocating for the legalization of same-sex marriage in New York. In the commercial he stated, “As a defensive end for the New York Giants, I always played the game tough, but fair. And I feel it’s unfair to keep committed couples from being married.”

Jason Gedeik, left, and Evan Glass react during their wedding ceremony. They pla…