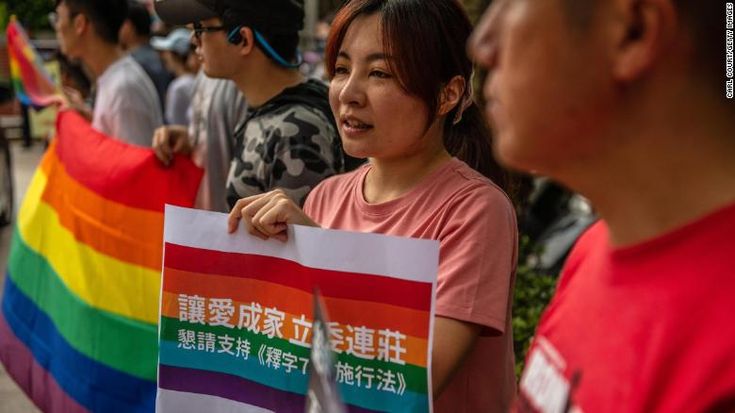 TAIPEI, TAIWAN – MAY 16: LGBT rights protesters demonstrate outside a parliamentary administration building where politicians are continuing to discuss same-sex marriage bills ahead of a vote on Friday, on May 16, 2019 in Taipei, Taiwan. Taiwan's parliament on Tuesday began efforts to reconcile three competing bills on same-sex marriage that will determine how same-sex relationships are defined in the future. The conclusions reached during Tuesday's negotiations are expected to be put to a parli